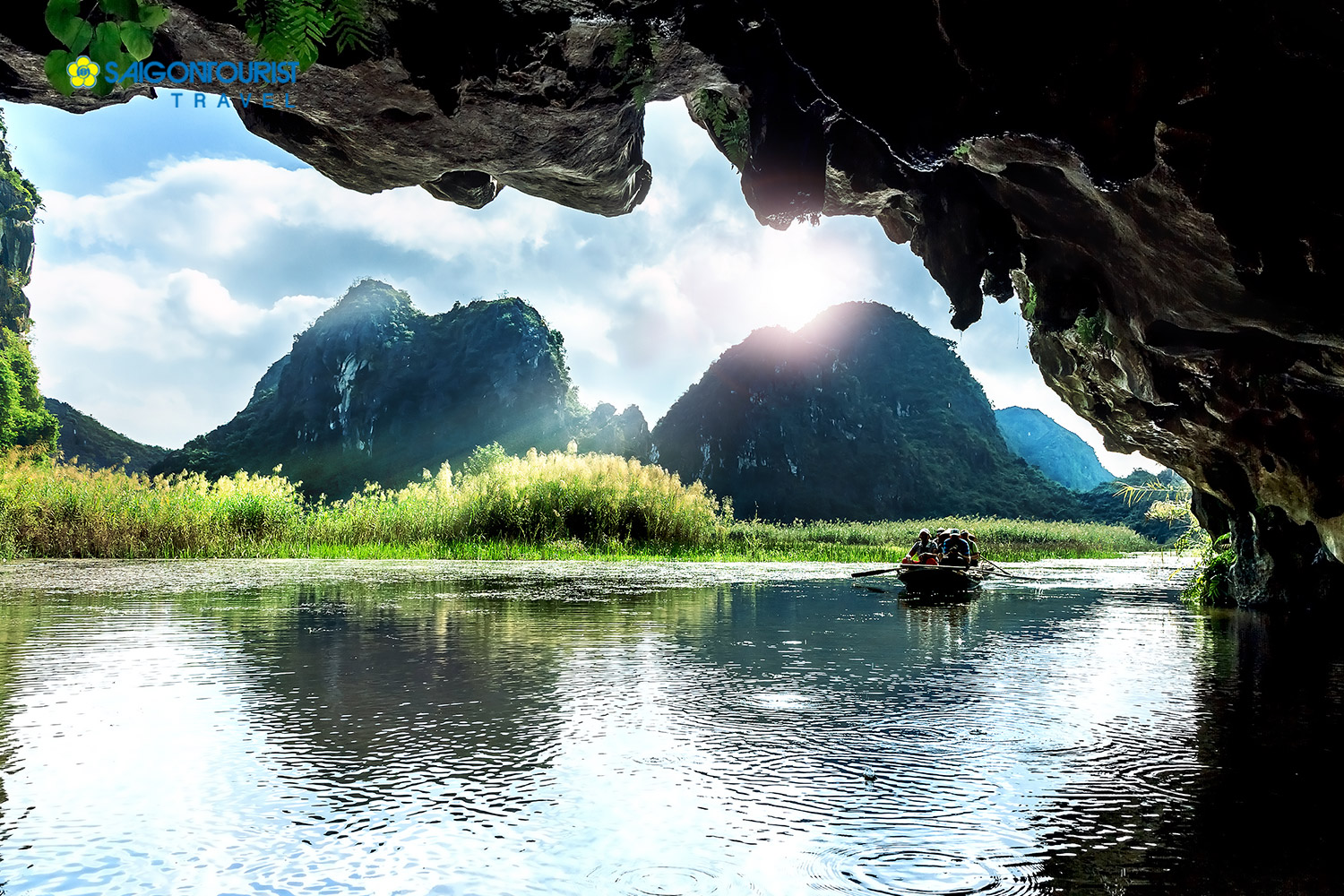 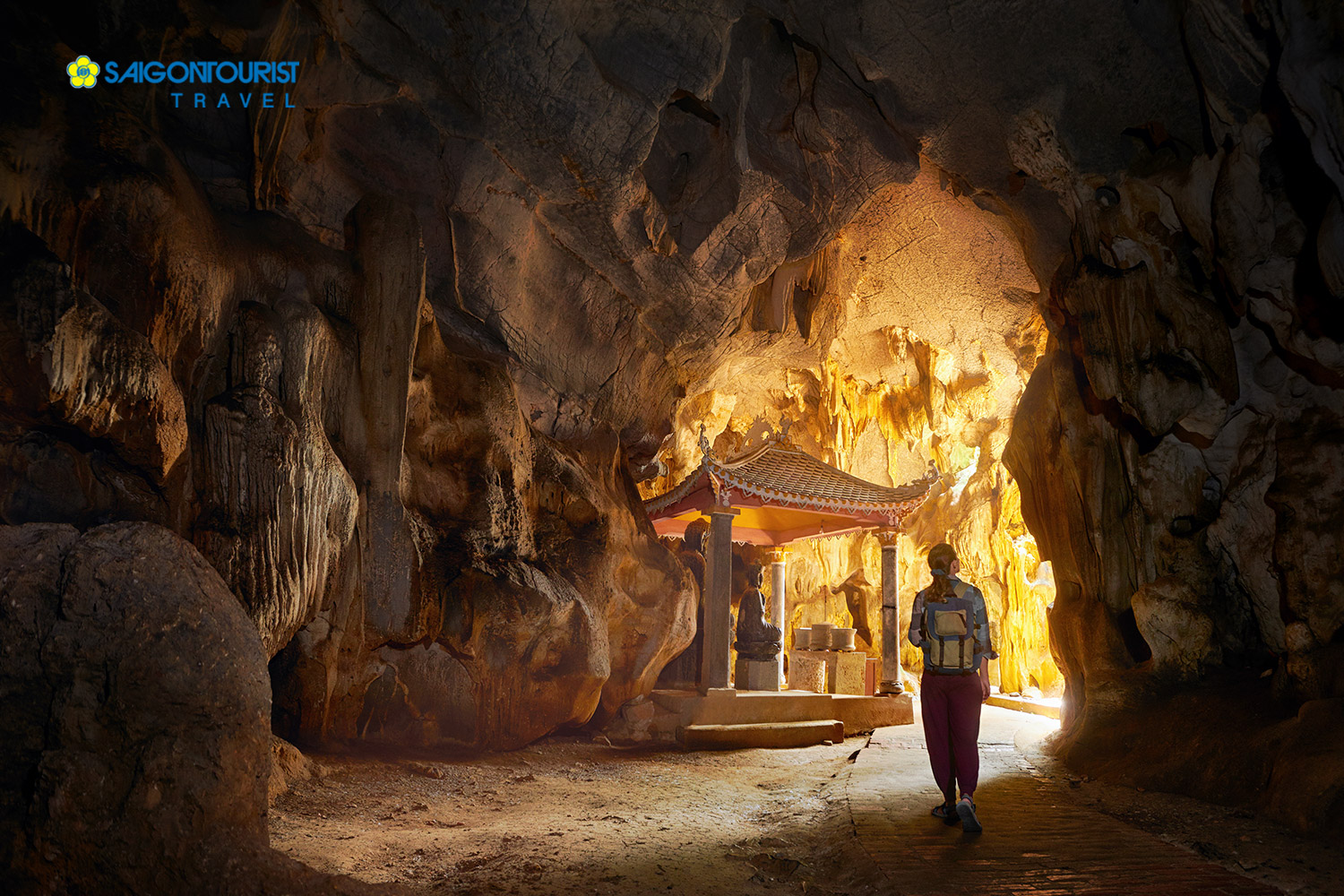 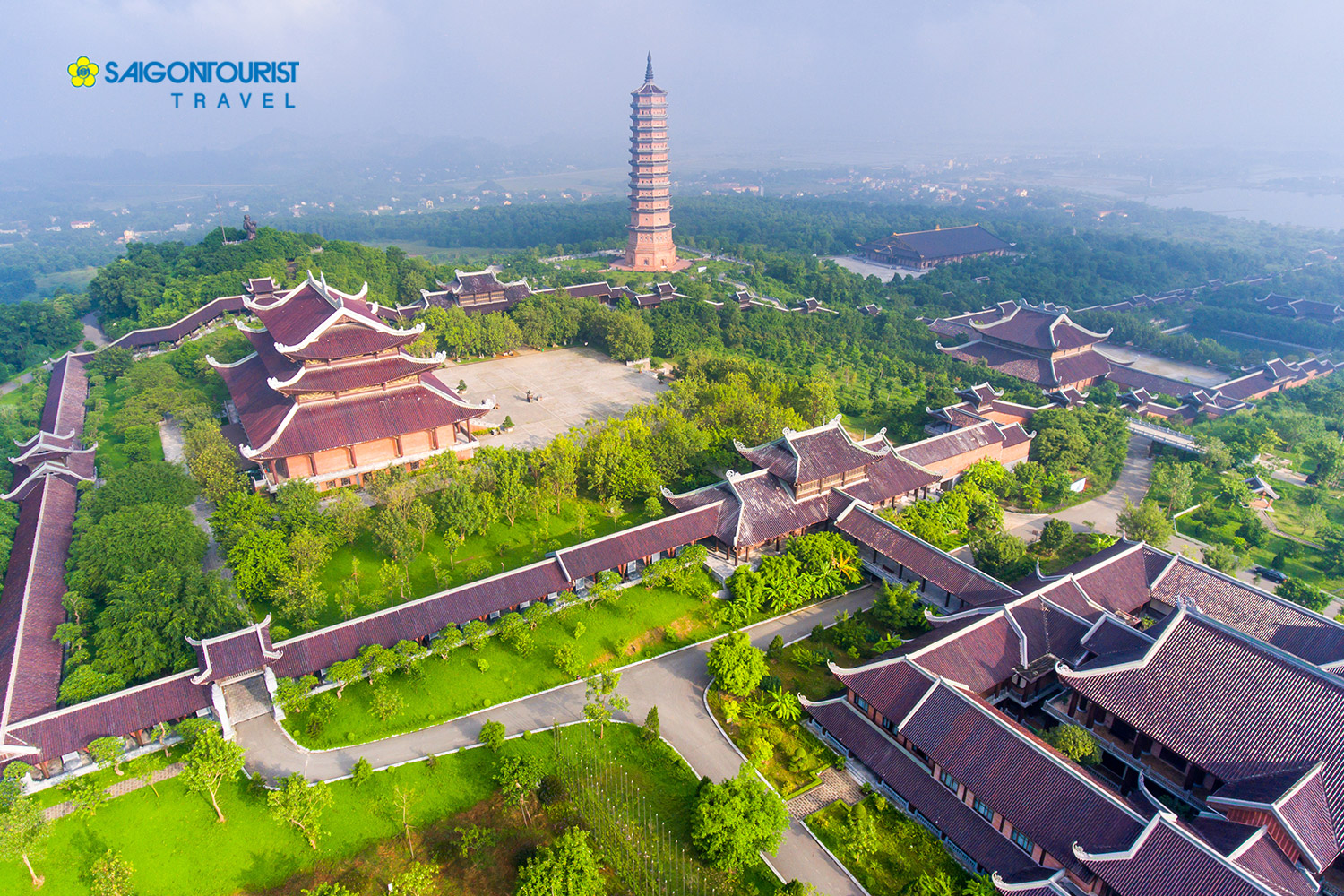 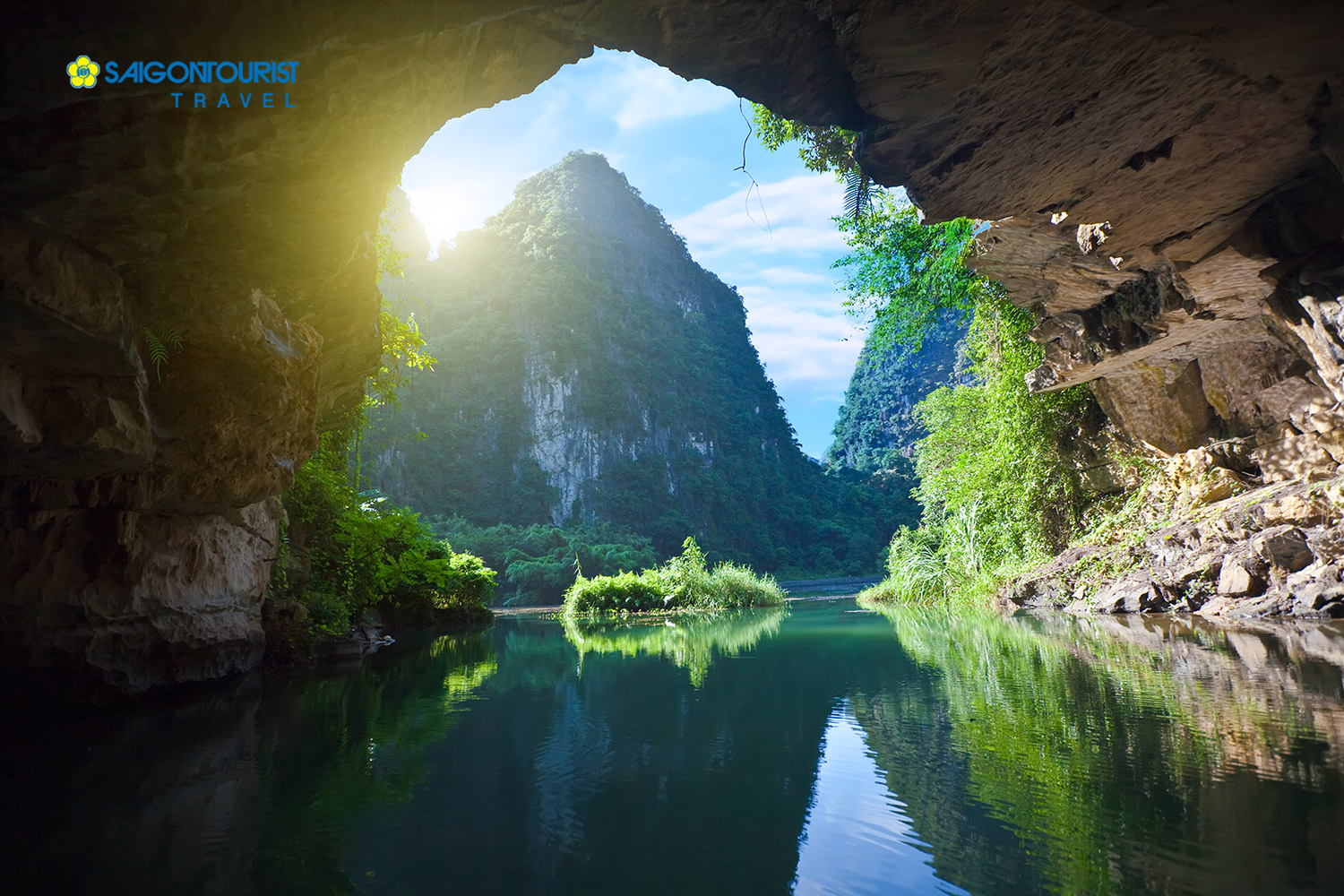 The huge rock edifices which jut out of paddy fields and canals provide an unusual and dramatic landscape, which is clearly divided into three parts: the mountainous area in the west and northwest; the delta and coastal area in the east and south, all of which are beautified and consolidated by the Day River and Van Sang River meandering through the town.

Hoa Lu
Hoa Lu bears it unique features in its historical role as the first capital of Vietnam in the 10th century, in the precious remaining ancient structures and in the picturesque landscape of limestone mountains reminiscent. Indeed, Hoa Lu lays in a flat valley surrounded by the Trang An limestone mountains, which form a natural wall protecting the old citadel.

The city’s northwest is bordered by the Hoang Long River, the tributaries of which run through the capital, cooling the weather within the city and serving as convenient waterways. 13km from Ninh Binh, Hoa Lu still deserves the reputation of an ancient capital city with many palaces, pagodas, sanctuaries, tombs and pavilions that reflect architectural styles of various dynasties.

The most outstanding structures are the Temples of King Dinh and King Le, which was built in an area of 150 hectares in the eastern part of the capital while the western part served as a site to educate and protect children. Though affected by time, war and weather, some precious antiques are still preserved well such as the whole-stone dragon thrones, wooden base-relieves, lacquered statues of King Dinh, Kinh Le and especially the two sanctuaries devoted to the two emperors. One of the most popular pieces of architecture is the Bao Thien Tue Palace, which was plated with gold and silver. 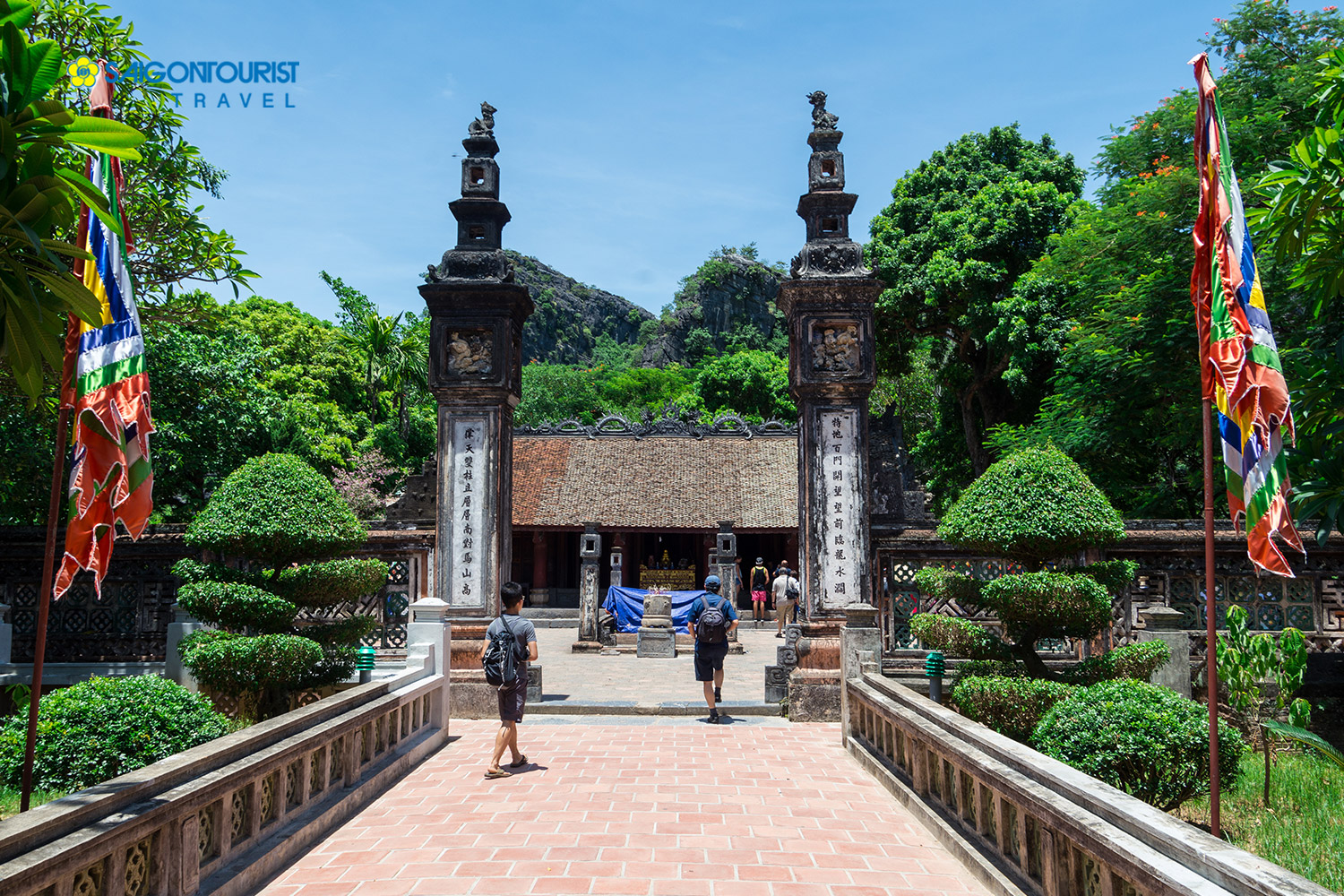 Hoa Lu has also proved it owns richness in cultures and traditions throughout traditional cultural festivals, of which the most important and largest one is the Truong Yen Festival, held on the 10th day of the third lunar month to memorize Kings of the Dinh and Le dynasties. The festival lasts for three days with many traditional games and martial arts, reflecting local residents’ legends.

Tam Coc – Bich Dong
Tam Coc, meaning “3 caves”, gets its name from the composition of the Hang Ca, Hang Hai and Hang Ba Grottoes. Boating gently along the river and a magic-like world inside these grottoes will emerge with beautiful stalactites and stalagmites of different shapes and colours that sparkle like gemstones. This is also the area of Ninh Binh that is recognized by the locals as a “Ha Long Bay on the rice paddies”, which is filled with huge rock formation protruding from the rice fields scattered along Ngo Dong River. The small journey on the river passing those natural treasures will also be a wonderful opportunity for photo hunters, especially when local people come to harvest the water rice planted along the river, or when they transplant some seedling for the next crops.

From the wharf of Tam Coc you can go further till reaching Bich Dong, or Emerald-like Grotto Pagoda, a combination of three pagodas on the Lower, Middle and Upper levels of the pretty Ngu Nhac Mountain. On the mountain peak next to the Upper Pagoda stands imposingly the statue of a Mandarin scholar whose eyes are trying to catch and embrace the overall magnificent panorama of the paddy fields at the foot of Truong Yen Mountain. 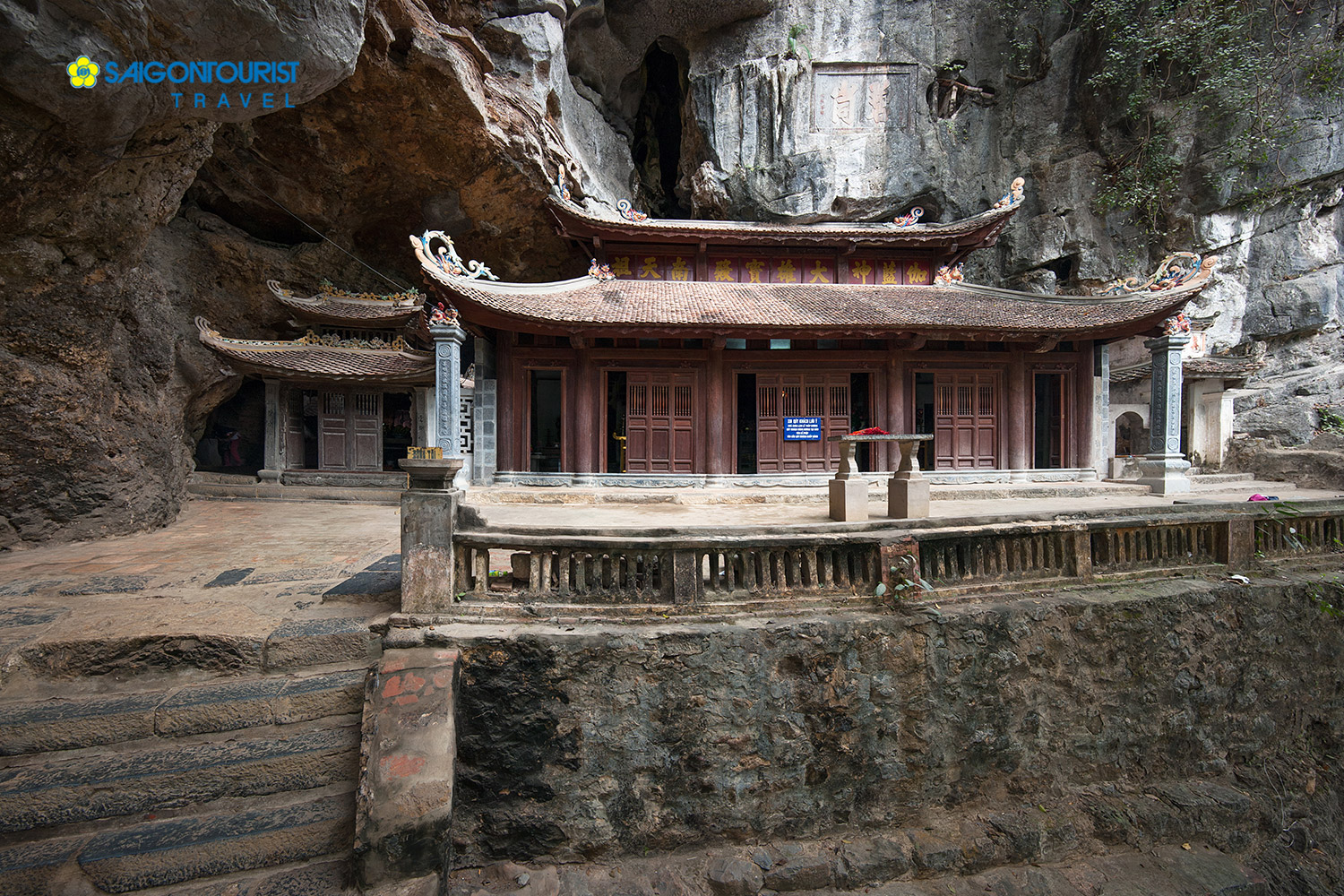 Phat Diem Cathedral
28 km southeast from Ninh Binh stands a unique architectural complex that combines the traditional pagoda architecture of Vietnam and the Gothic style of Christian architecture, Phat Diem Cathedral. As a group of different churches of stone and wood, the cathedral is divided into two quarters: the churches and the clergy's house. Throughout eventful history, Phat Diem has been more and more completed with solemn parts including the church Saint Mary's Heart, the Big Cathedral and the Belfry, and the Saints' shrines of Giuse, Phero and Rocco. 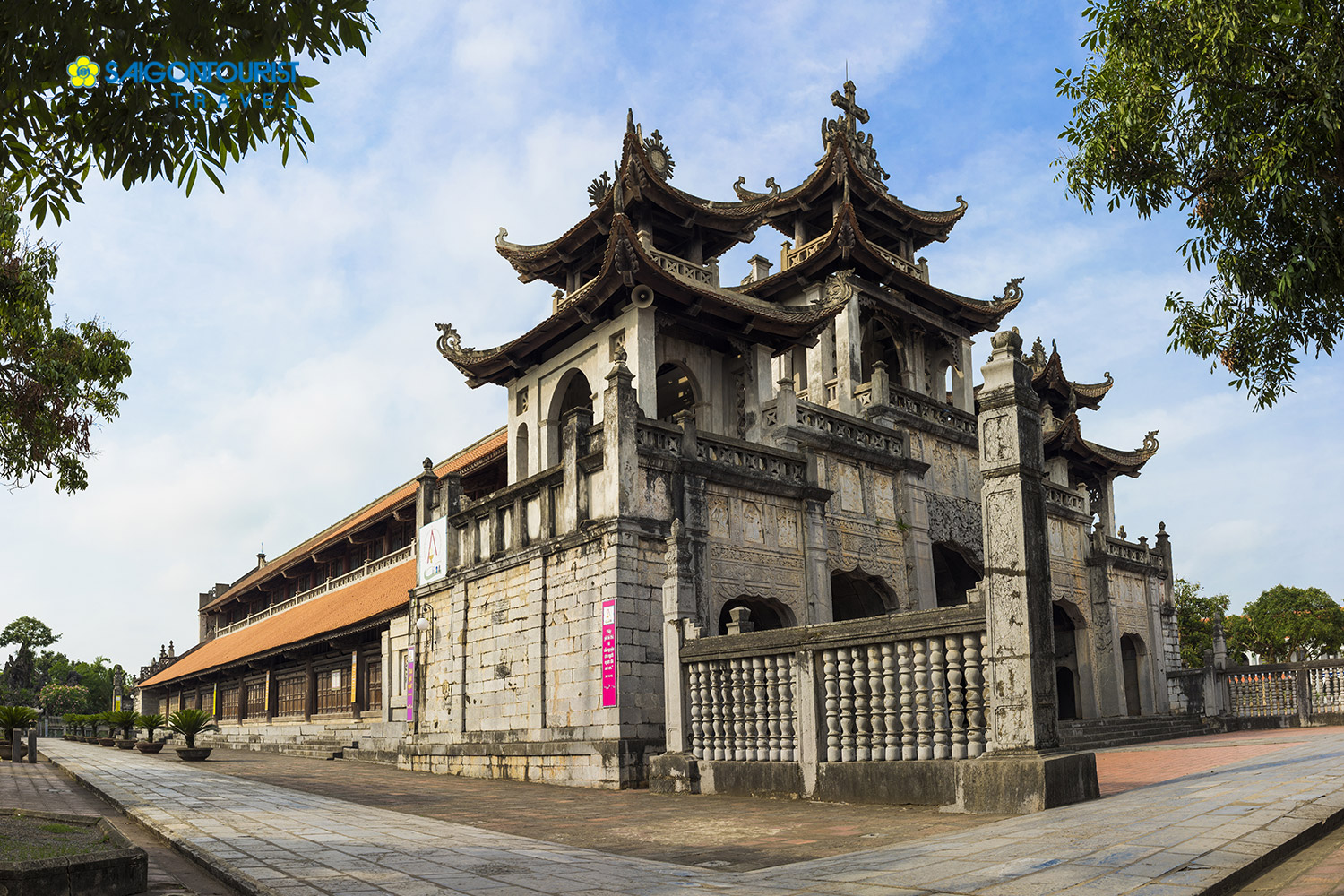 There are also over 120 species of birds and many diverse beetles living here. At night, millions of cicadas create a deafening din, and millions of fireflies flicker about. Three-quarters of the park is home to limestone mountains with a height ranging from 300m to 600m above sea level, creating dozens of picturesque caves such as the Ancient Man Cave where two ancient tombs along with Neolithic remains and evidence of stone implements were discovered, Crescent Moon Cave, Thanh Minh and Con Mong Caves.

The best time to visit Cuc Phuong National Park is during the dry season, from December to April, when the soil is solid enough for hiking some kilometres of trails and passing through old-growth forest with long vines wrapped around strangled trees, visiting the caves, waterfalls and streams in the forest or stopping over at a Muong ethnic village.

Other attractions in: Ninh Binh 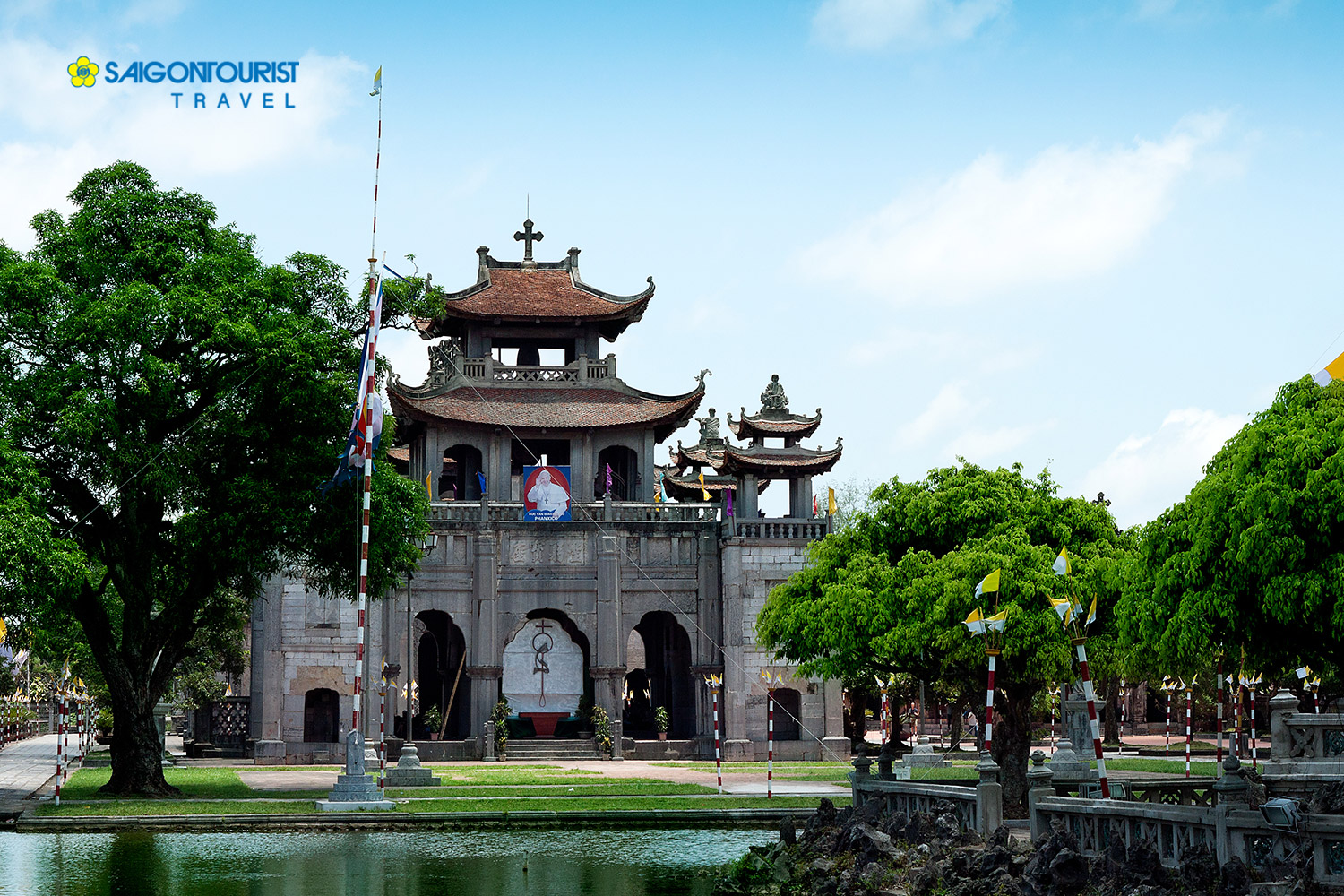 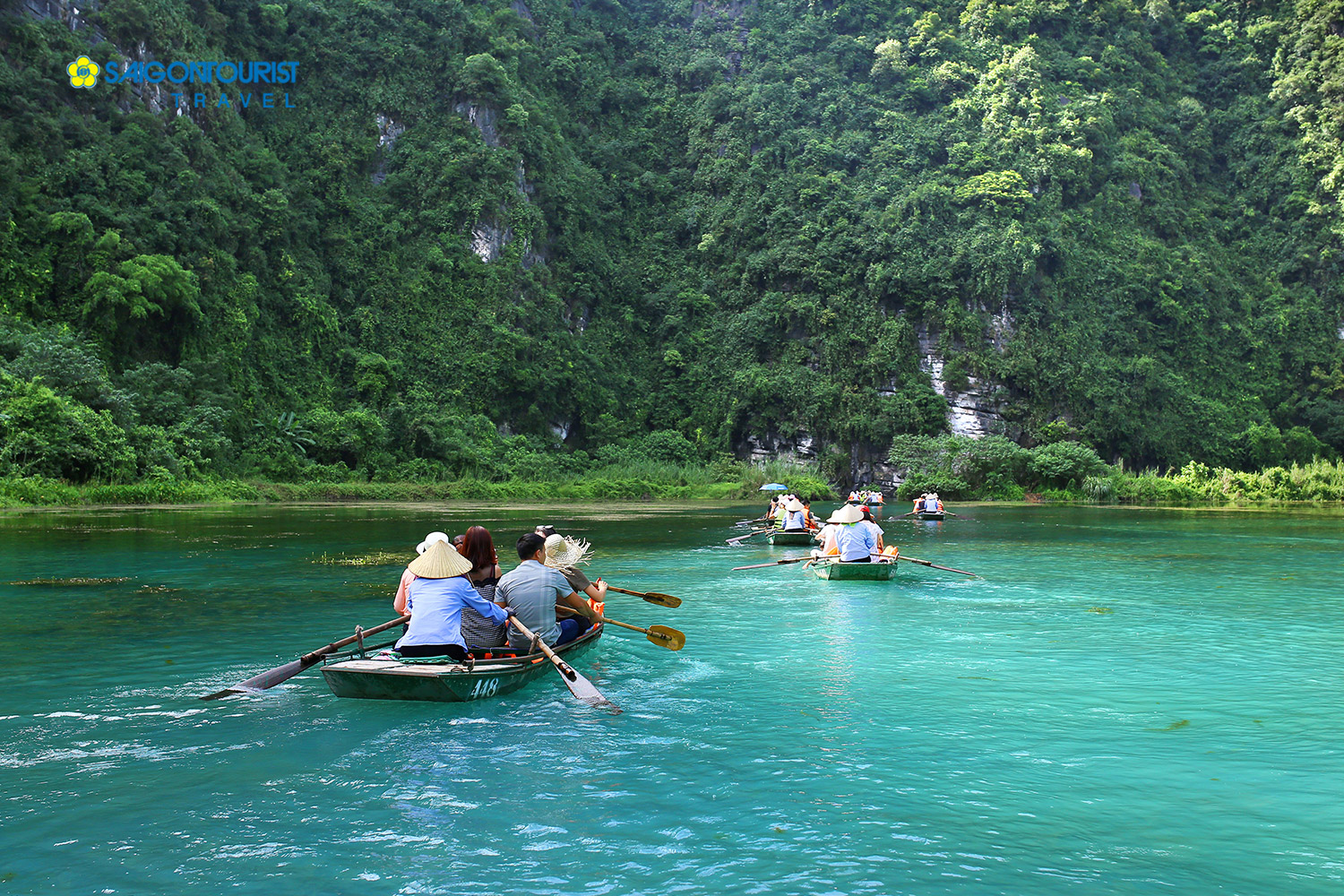