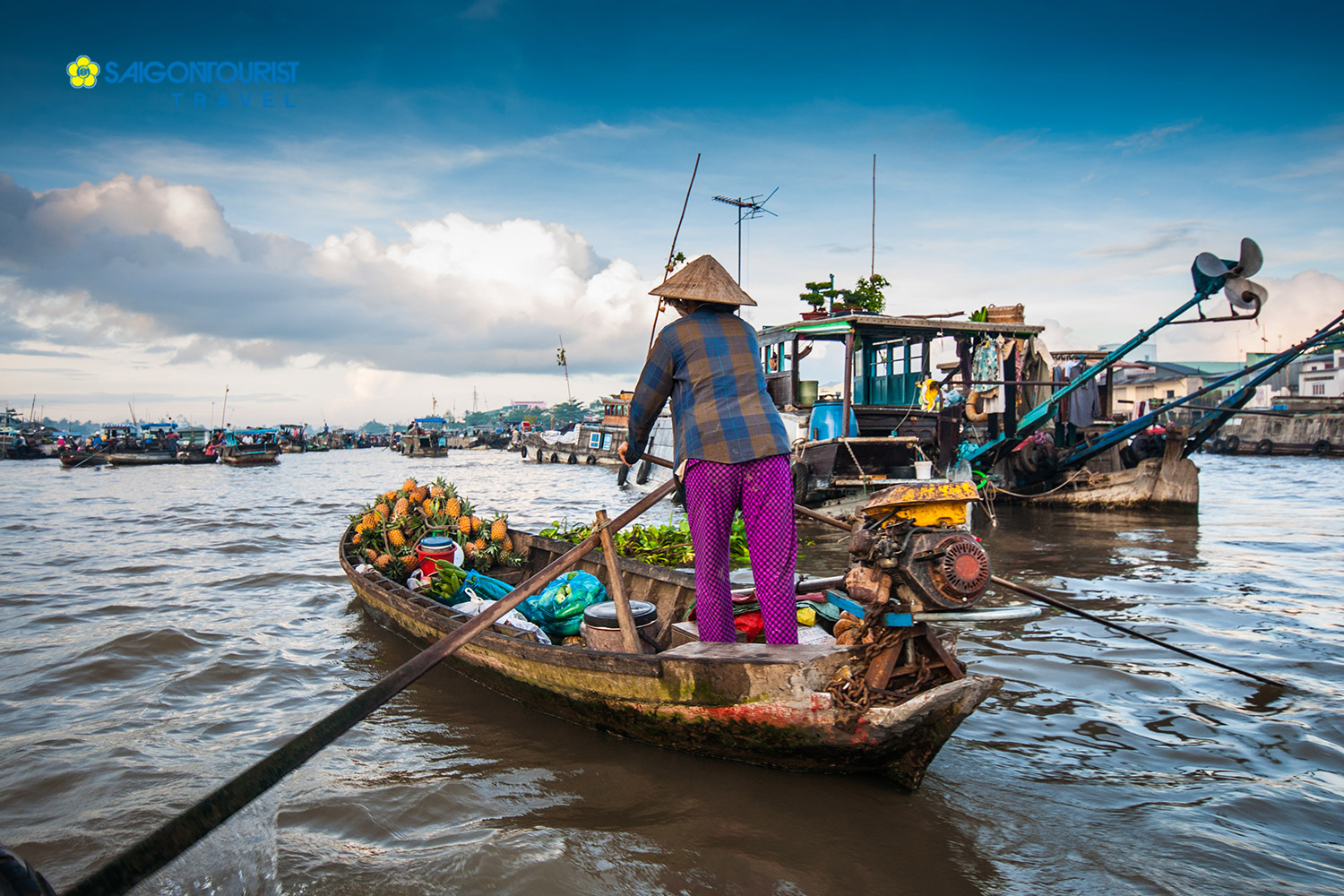 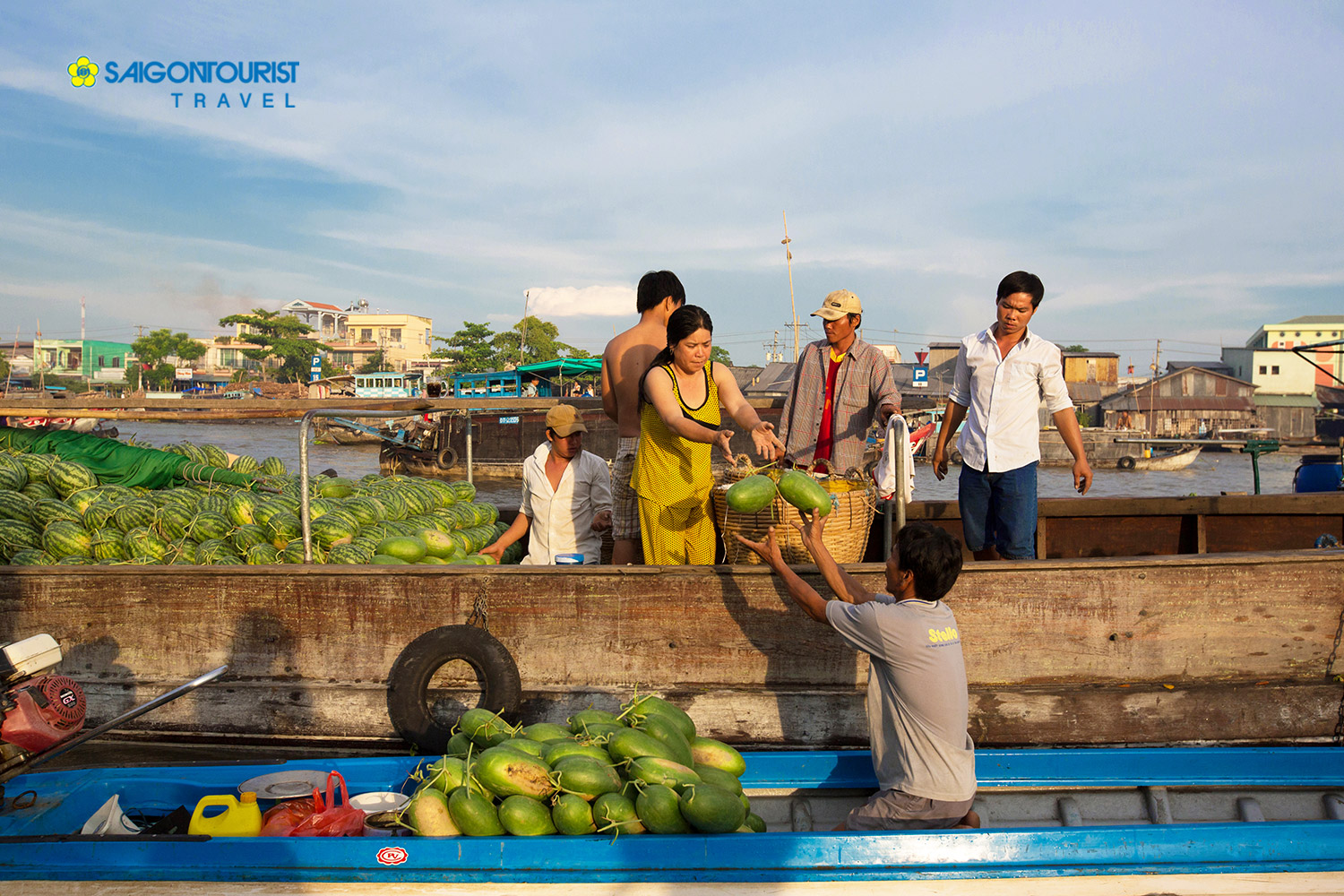 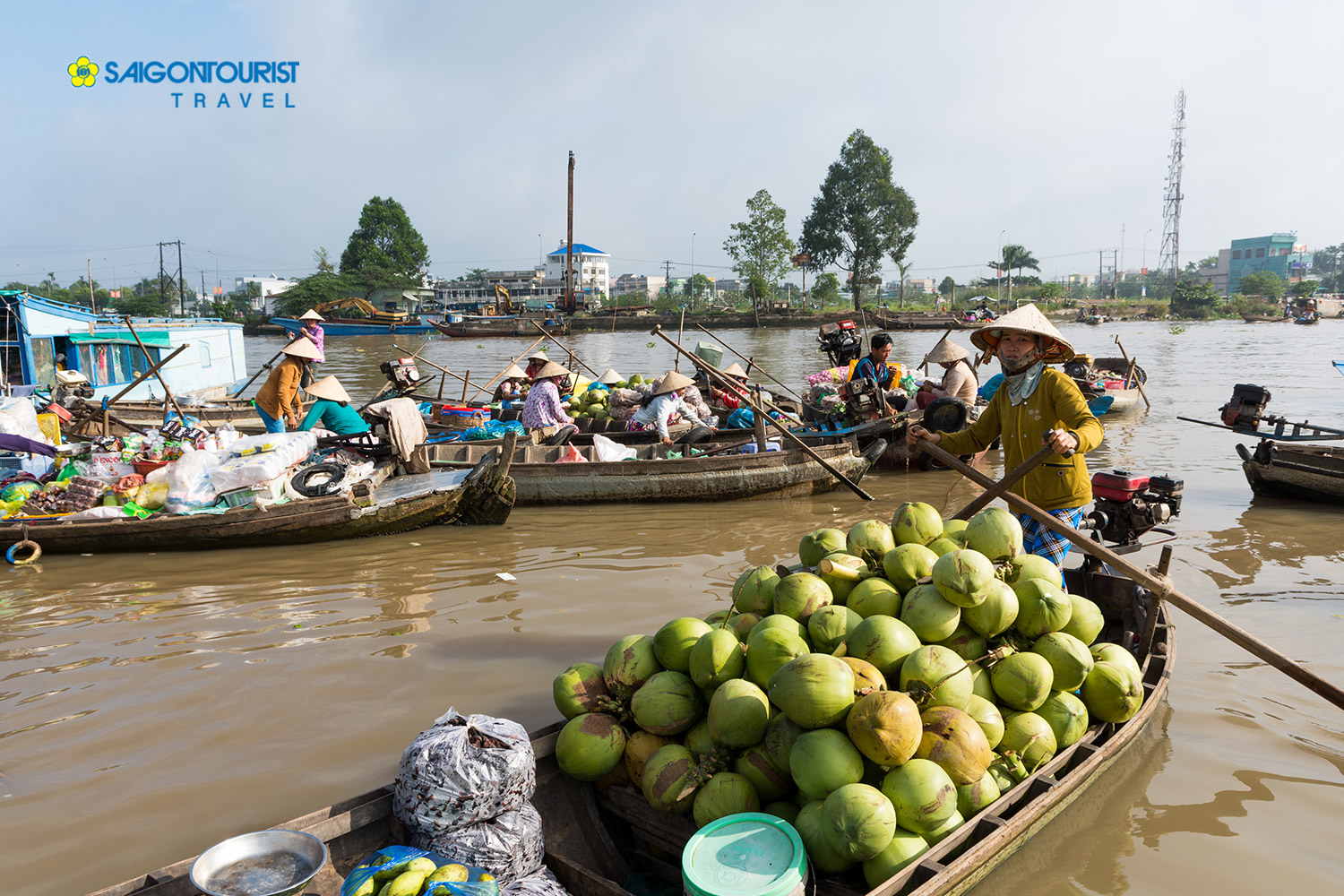 Location
Cai Be Floating Market is held where the Tien Giang River forms the border between the provinces of Tien Giang, Vinh Long, and Ben Tre. It takes about one hour to reach the market from the town of Vinh Long Province.

Characteristics
There are lots of colorful fruit and vegetable gardens, traditional crafts, a French church from 1935 and an impressive traditional house, which can be visited. Unfortunately the floating market of Cai Be is getting smaller every year, since trade is shifting more and more into modern central markets. The Catholic cathedral in the background of the floating market is an awesome motive for photos.

There are numerous small canals in the area of Cai Be, which invite to a discovery tour by sampan. You can explore the area very well by bicycle riding on narrow roads along small side canals. Many of the small shady canals, which branch off from the larger riverarms, are hard to spot, because they are overgrown by lush greenery. On an exploration tour you will often think that you landed in a dead end, but after an overgrown bend it still goes on.

This small town attracts many day-trippers from Saigon. Besides a handfull of simple homestays some more sophisticated accommodation places slowly emerge.

Other attractions in: Vinh Long 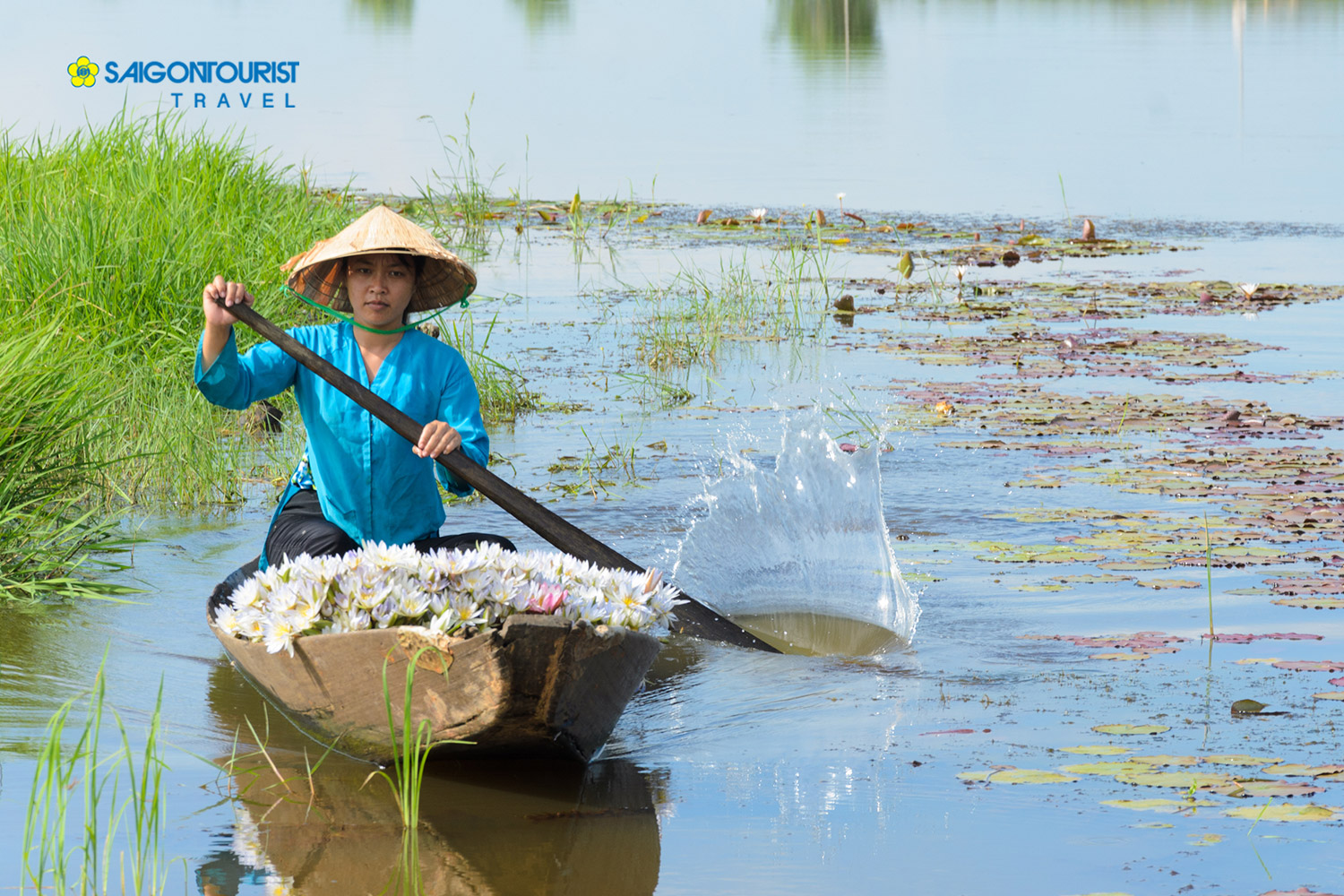