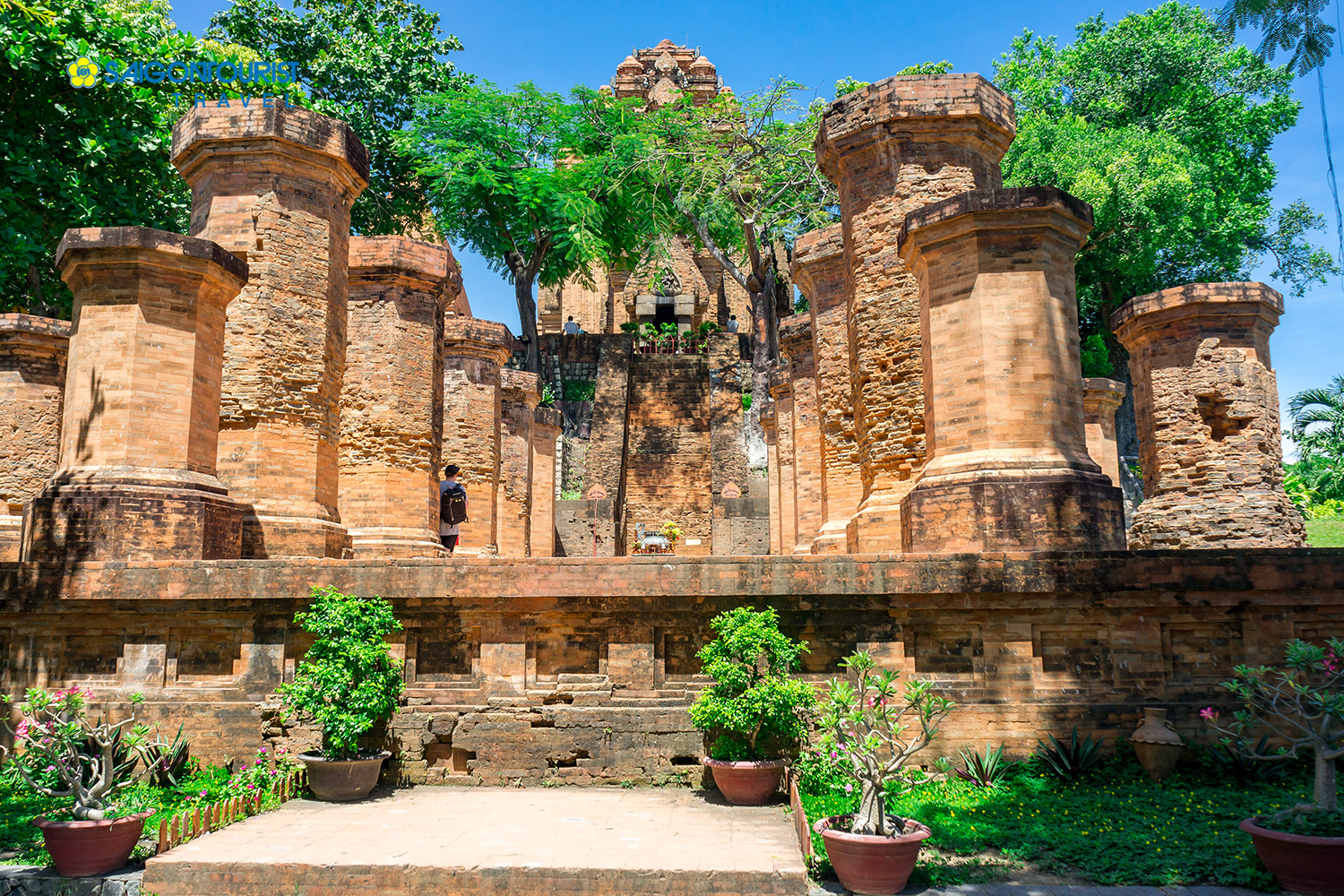 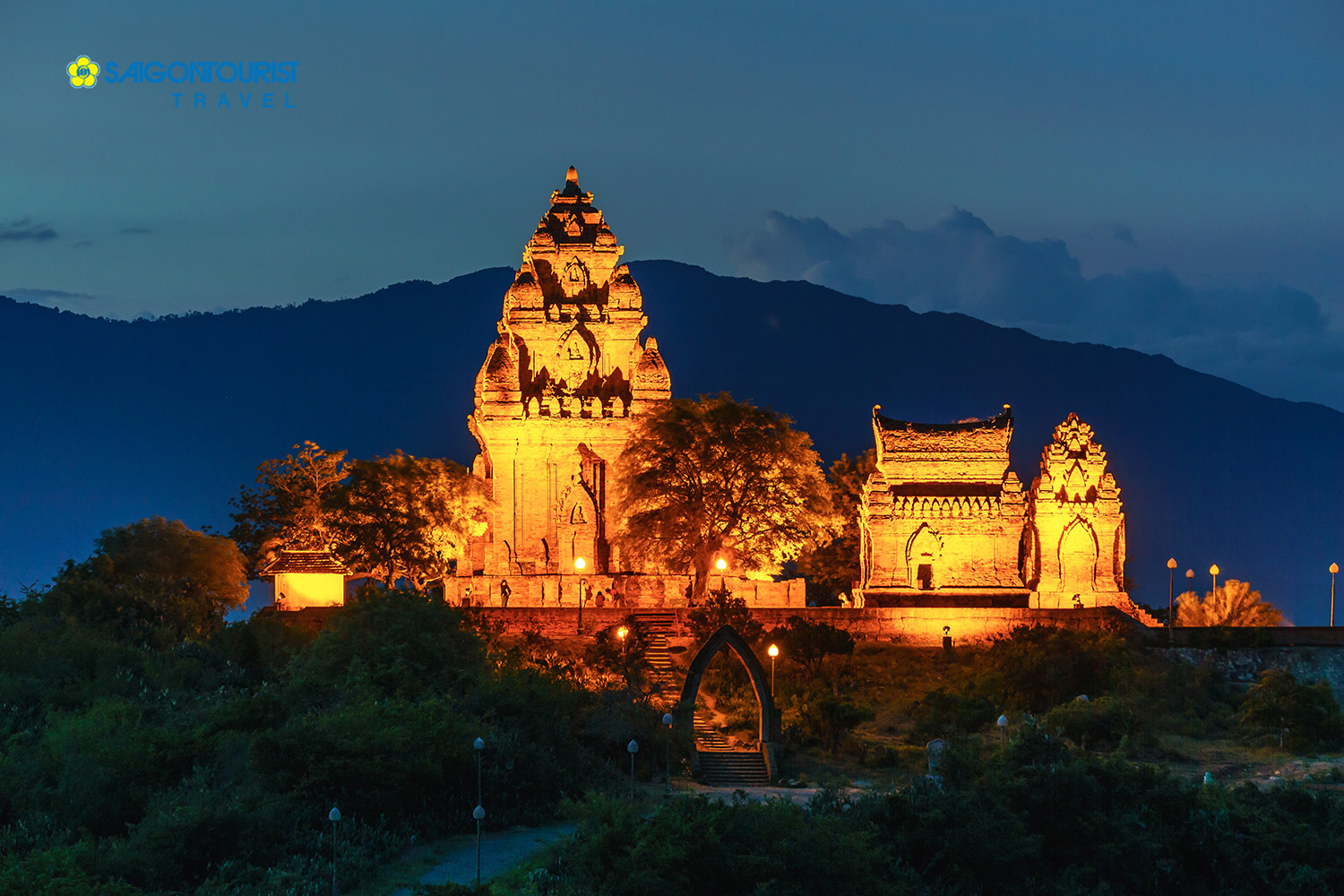 Location
Commonly known as Thap Ba, the Po Nagar Cham Towers are a complex of temples erected approximately before 781 A.D. This complicated site belonged to the medieval principality of Khauthara, a small country near modern Nha Trang. The Po Nagar Towers are now situated on a mountain called Cu Lao, in downtown Nha Trang and next to Cai River.

Characteristics
Compared to the original design, the towers nowadays have only a few differences (except for the Golden Dome which has been robbed by pirates). The four Po Nagar Towers today are truly beautiful and charming. Each of them was built to dedicate to a unique deity.

The largest, which is 23 meters high, was built in 817 AD and contains a linga and a statue dedicated to Ponagar, who is said to have taught new agricultural and weaving techniques to people of the area. In gratitude they have built the complex to honour the Goddess. The central tower is in honour of Cri Cambhu who blesses devotees with fertility, ence childless couples often visit and pray there. The North West tower is in honour of Sanhaka, a wood cutter and foster father to Ponagar. The tower in the south was dedicated to Ganeca, the daughter of Ponagar.

If you are interesting in history, you can be amazed to find hundreds of ancient relics displayed inside the complex. If you love taking travel photographs, the promontory on which the towers stand has a fantastic view of Cai River and the village on the riverside. If you want to discovery the hidden charm of the Cham people’s culture, you can watch as many traditional dance shows as you want.

The annual Thap Ba Festival is held from 21st to 23rd Mar of Lunar Calendar (approximately the end of Apr and beginning of May), when a lot of Cham people’s traditional activities are operated and people from all parts of the country will gather to honour their Goddess.

Other attractions in: Nha Trang 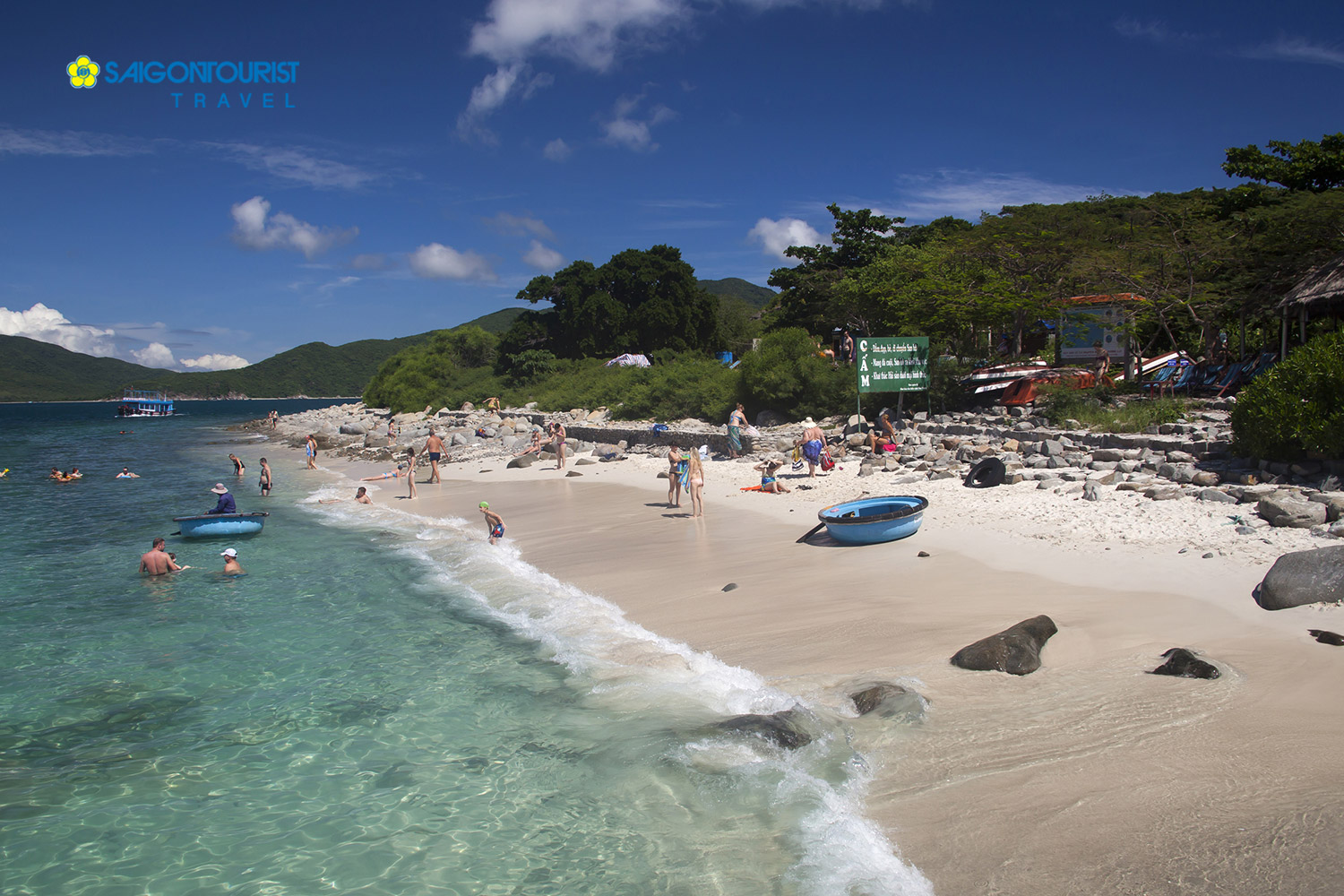 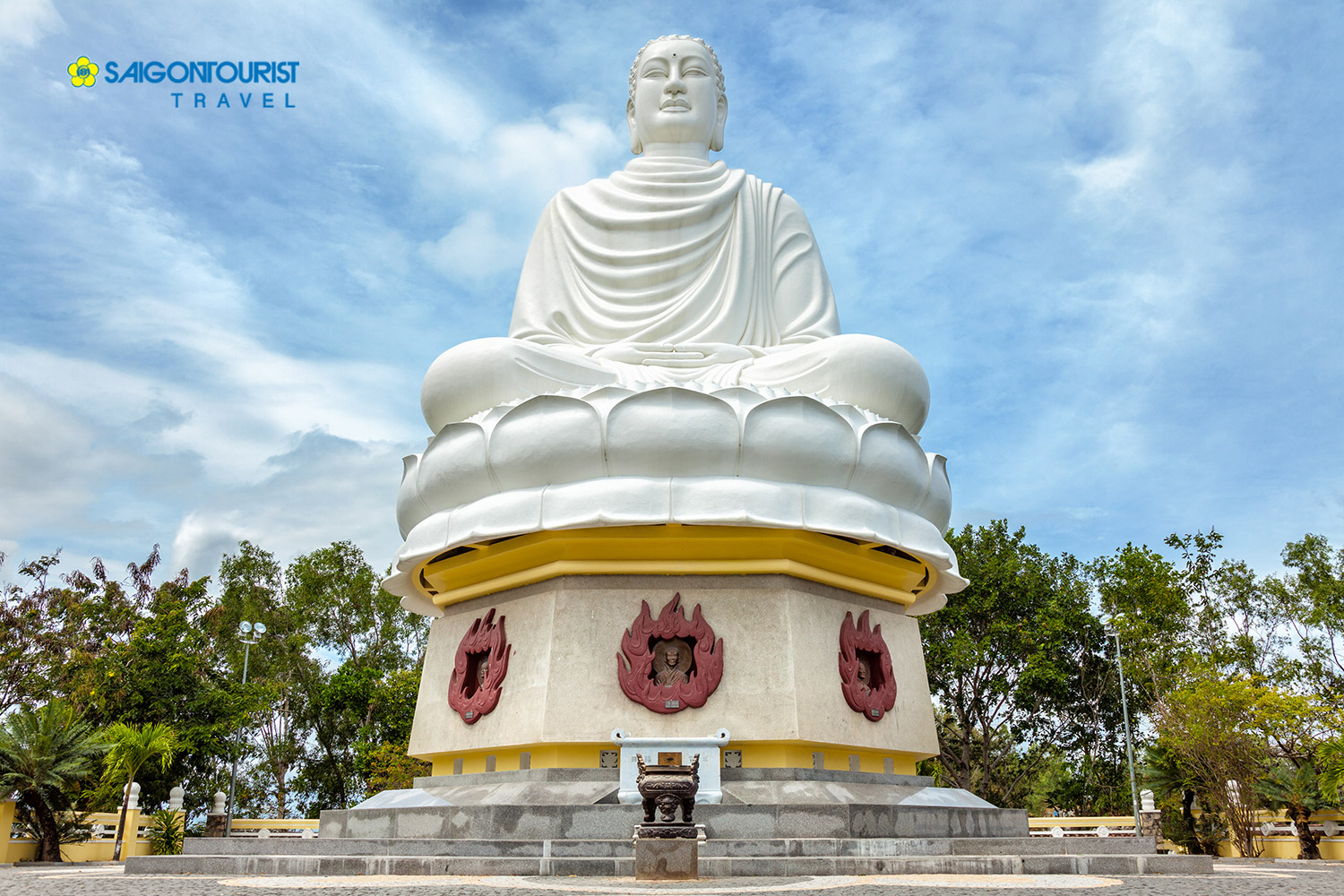 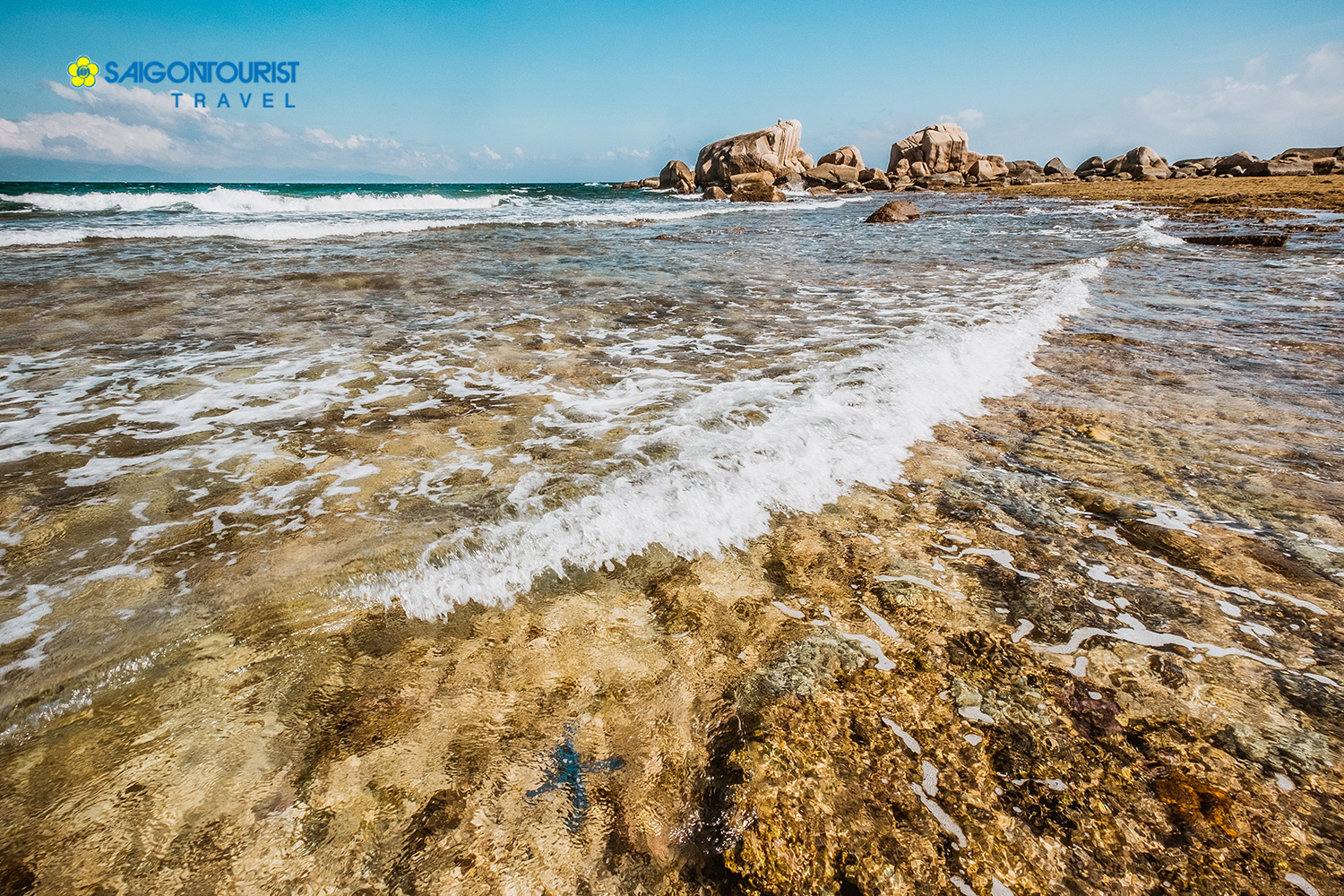